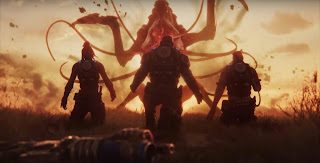 I've never been a massive fan of the Gears Of War franchise. The whole idea of just war continuously being at war and fighting through just repeatedly. It's great if you have a friend with you, and that is what this game needs. The game has some depth of detail on the characters and even gives you Of War 4 back story at the introduction. But it doesn't give you the full details. There is to the characters though, and you have a whole new one to upgrade this time. His name is Dave, and you can upgrade him to do things like restore health or push enemies out of cover. You can even play as the robot if you play two-player. There is also a new action, stab and you can now pick up things from afar using Dave. Apart from that, it's all the controls you used to know. 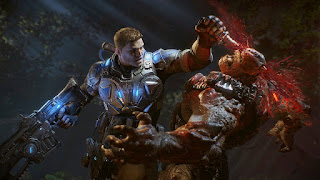 I really liked the openness of Gears Of War 4, felt like I could explore the world. Gears Of however, makes you feel cramped and dark. Which is a shame because this one is in Like that matters to anyone.
The game just didn't get me excited enough. I didn't feel that rush on competing for a mission or achievement from finding where to make Dave go. The new little things just don't feel worth the £45 price tag and the game isn't that great with the storyline.
If you're looking to buy this game for PC or Xbox, then the link is below.
Gears Of
9/23/2019 10:07:00 pm
Share to: Twitter Facebook
URL Print Email
Labels: Categories co-op local Flash Game Pass Games Gaming Reviews Online multiplayer Shooter
Newer Post
Older Post