Lego: Jurassic World and a rant about Lego 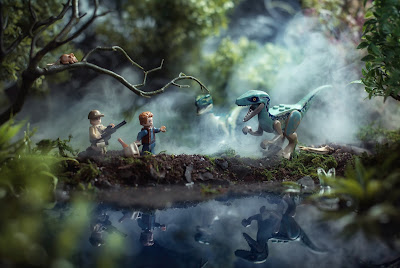 Lego has released yet another Lego game, this one being Lego: Jurassic World. This game is like all the other Lego games, has a sense of humour and general premiss is the same as what you already know. 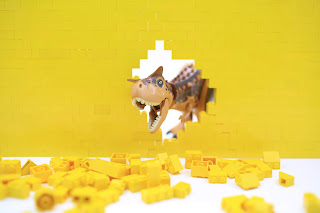 Can't really remember why I put this game on the review list, it's actually hard to review something that is the same as its predecessor. The story has changed to match the movie and you can play as a dinosaur in this one, so there is that. The movie is 12, but the game is 7 and up - think about that for a second. There are things I love about Lego, the comedy and the style in which they embrace the fact that they are just Lego pieces. There is talking in this one which makes a big difference, but then again there has been talking in most of them up to this one. Just all very , really. 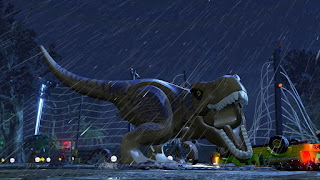 The Harry Potter ones were good, and I liked the Lego DC Super-Villains one. Anyway, the story is about a mutated other Dinosaur. They have crossed it with two others and now it's super evil; you get to see it eat someone... maybe that's why it's a 7+. 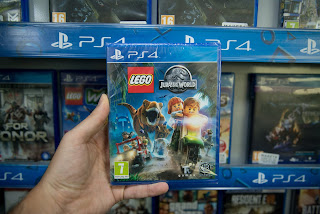 It's not targeted at me, it's targeted at young children and I'm sure if you have a child, they will love it. These games have an adult gamer base, but it's very few.

If you would like to buy this game, the link is below.﻿