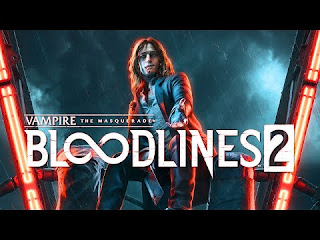 Vampire: The Masquerade. If you know anything about vampire games, then this will have likely been one game you’ve played. It’s an old game that brought out by Troika Games back in 2004. The game had a lot of problems, but the fans loved it, so much that they started to fix the game. The gaming company went bust after release and never could afford to patch the game. 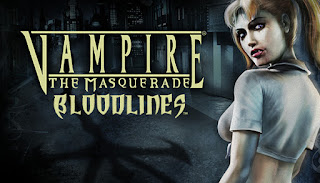 Well, the game is back, well sort of. It’s  off. They’re calling it a sequel, but it more or less the exact first one. If you loved the game before, I’m sure this is happy news to you. From what I’ve seen so far, it seems  Labs have kept the basics of the original game. That is the three main interactions - social, combat, and helping you explore the game.
If you’re from the old game, here’s what looks like has changed. Clans:  six are now more like four — no signs of the Sabbat clan. The places have changed, such as the Santa Monica, Hollywood, Downtown LA and China Town have . You're now in Seattle in at least the first 3 hours. Apart from that, it looks like a redo of the original game.

In the new version, you start out as a Thin Blood and have to  into a clan. So no more beefed Tremere superpowers at the beginning. Although a Tremere will still be your boss; If you so choose. You’ll be able to pick one superpower at the start of the game. Chiropteran: Bat like a superpower that lets you travel and attack people. Mentalism: enables you to move objects and : which allows you to become mist and go through vents.
The game is more set on becoming a clan member. Although we haven't seen what else there is in the game. Just like the first game, you must rise in the ranks to become the boss. There's a little more storyline to this game than the previous one and looks like there will be more side missions. That all makes sense considering that this is a newer game.﻿
There's a new blood mechanic, too. In the first game, you lost humanity when you killed someone you had fed on, well now you have to worry about what the host is feeling too. The new game mechanic now takes into consideration whether the person you've just fed on needs something or wants something or is just waiting for the bus, minding their own business.

I'm excited to see what this game holds, yes it's basically a redo of one of my old favourites, but I'm happy to see the past game get new fans. They've even talked of them bringing out a redo of the Redemption, which would be great to see.
You can preorder the game and get bonus content, and for PC there is an early 24 hours release of the game, and you can with the season pass within your preorder.
9/23/2019 12:31:00 am
Share to: Twitter Facebook
URL Print Email
Labels: Categories Flash Game News Games RPG
Newer Post
Older Post